Dhamma Giri is co-located with the Vipassana Research Institute at Igatpuri in Maharastra, approximately three hours drive from Mumbai. 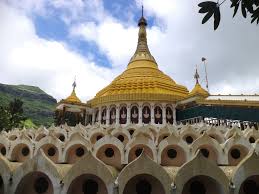 Dhamma Giri, meaing ‘Hill of Dhamma’ is one of the world’s largest Vipassana meditation centres. The center offered its first course in 1976. Today tens of thousands of students study here every year. The centre’s pagoda has over 400 cells for individual meditation.
The gates of the Vipassana International Academy were opened to the public in 1976. Goenkaji conducted the first ten-day course at Dhamma Giri from 27 October to 7 November 1976. Eighty-nine students, 38 old and 51 new students, participated in that course. The opening of Dhamma Giri marked an important step in the spread of Dhamma. Since 1969, Goenkaji had conducted courses in temples, churches, mosques, pilgrims’ resthouses, monasteries, schools, and hotels. These “gypsy camps” (non-centre camps) were invaluable in the spread of Dhamma, but obviously it would be still more valuable to have a place specifically for the practice of Vipassana meditation. The importance of establishing a centre was stressed by Sayagyi U Ba Khin when, in the early seventies, he was visited by the first of Goenkaji’s students in Myanmar.
There were, however, formidable obstacles, not all of them financial. One was that while the Buddha is held in high respect in India, his teaching is widely regarded with suspicion. If a centre was founded to spread the teaching of the Buddha, it might be regarded as a sectarian institution, in which case its appeal would be limited only to a small group of people. Aware of this danger, Goenkaji emphasized strongly the non-sectarian, universal nature of Vipassana meditation. He made it clear that Dhamma Giri was not to be the property of any group, but was for the benefit of all who sought a way out of suffering. 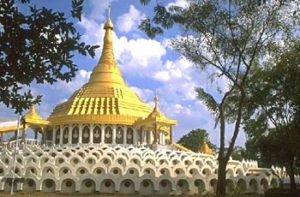 Goenkaji recalled his Teacher’s own policy. Sayagyi had written, “There is no admission or subscription fee or fixed donation payable by my disciples…. We accept aid only from disciples who have purified themselves with Vipassana meditation…. If one can help the people to enjoy the fruits of meditation and if they know that the results obtained are for their well-being, tangible, here-and-now, and concrete, you cannot prevent them from doing their mite to give better facilities for the promotion of the Dhamma.” The starting of a centre was thus not just a matter of finding the right piece of land and the money to pay for it. There must be the proper foundation: the wish to experience and share with all others the benefits of Vipassana meditation. However, Goenkaji was confident that the Dhamma would overcome these obstacles. He worked tirelessly to realize his Teacher’s goal of establishing a centre from which the Dhamma could spread not only in India but around the world. Many Vipassana meditators have been involved in the development of this great project. Thousands of them have come to Dhamma Giri to meditate and give their help in establishing the centre. 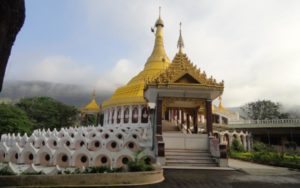