Nandur Madhmeshwar Bird Sanctuary is located in Niphad Tehsil of Nashik district in Western Maharashtra. A stone pick up weir was constructed in 1907-13 across the river Godavari just below the confluence of Kodwa and Goadavari rivers at Nandur Madhameshwar. 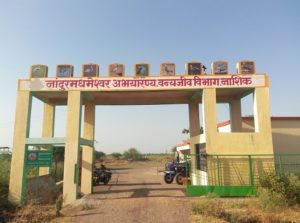 Through ceaseless efforts of Bombay Natural History Society, World Wildlife Fund and Forest Department of the Government of Maharashtra, this sanctuary which houses more than 220 species of birds, 400 species of vegetation, 24 species of fish and several smaller mammals came into existence along the Nandur Madhmeshwar dam at the confluence of Godavari and Kadwa. Spread over the protected area of 10000 hectares, lies the core area of 1765 hectares, where the large variety of water birds, resident and migratory birds congregate in season. It is now counted as one of the important water fowl habitats in the region by the International Union of Conservation of Nature.

Nandur Madhmeshwar Bird Sanctuary is located in Niphad Tehsil of Nashik district in Western Maharashtra. A stone pick up weir was constructed in 1907-13 across the river Godavari just below the confluence of Kodwa and Goadavari rivers at Nandur Madhameshwar. The water level is always fluctuating in Nandur Madhameshwar Lake. Water released from Gangapur and Darana water reservoirs is stored at Nandur Madhameshwar and subsequently released from here through canals for irrigation. Silts and organic matter that are carried away with water flow are accumulated in the lake, due to which islands and shallow water ponds have been created. This resulted in the biological enriched conditions by which aquatic vegetation has been stabilised. Thus the site has turned into good wetland habitat aptly described as ‘Bharatpur Of Maharashtra”.

There are about 460 species of plants, out of which nearly 80 are aquatic plant species. The trees that are found on the outskirts of the lake are Babul, Neem, Tamarind, Jamun, Maharukh, Vilayati Chinch, Mango, Pangara, Nilgiri, etc. The surrounding areas and partly submerged areas are intensively cultivated for wheat, Jowar, Sugarcane, Vegetables etc. 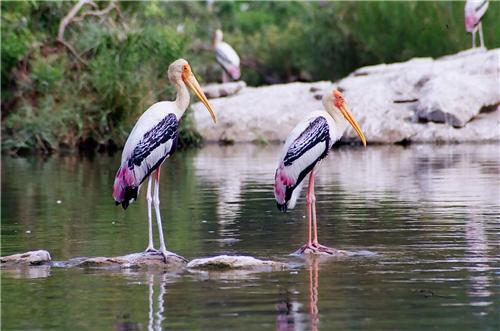 Adding yet another feather to its cap and lending more muscle to their endeavour, Gargoti Mineral Museum has also been curating “National Design Gallery & Museum” in the heart of the Indian capital of New Delhi which was established in collaboration with the Handicraft & Textile Ministry of The Government of India (PPP association model), and has been running successfully for the past 9 years now. This endeavour sought to magnify and display priceless assets from India’s rich heritage in its national capital, brimming with immense patriotic fervour.