Gargoti The Mineral Museums, is a chain of Minerals Museums in India. 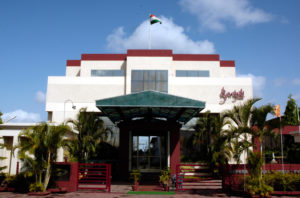 A sister concern of Superb Minerals India Pvt. Ltd. which was established as an export firm in 1994 by its sibling Promoters Mr.K.C.Pandey & R.C.Pandey. Catering the demand of Indian Zeolite Minerals & Crystals around the world, Superb Minerals since last 15 years emerged as the leading dealer of Indian Zeolite Minerals & Crystals around the world. Participating & attending International Shows, Exhibition & Conventions Mr.K.C.Pandey CMD, realised the need of Museums & Galleries in India to showcase & educate its citizens about The Natural Wealth of India such as Natural Minerals, Crystals, Metals, Stones etc. With sheer determination & motivation Mr.K.C.Pandey worked against the odds to setup India’s 1st Gem & Mineral Museum in India which led to the birth of Gargoti The Mineral Museum, Nasik. 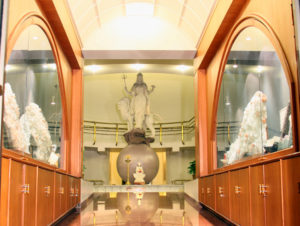 Gargoti, The Mineral Museum (Nasik, Maharashtra) was inaugurated by the blessed hands of Hon.Late.Shri.Balasaheb Thackreyji in 2001. Gargoti Museum displays the personal collection of Connoisseur Mr.K.C.Pandey which the result of his consistency since past 40 years.

Quick facts about Gargoti, The Mineral Museum (Nasik)
Gargoti Museum is India’s one & only Gem & Mineral Museum
It is the world’s biggest “Private” Gem & Mineral Museum
Gargoti Museum houses the largest & the finest collection of Indian Zeolite Minerals & Crystals in the world
Adding yet another feather to its cap and lending more muscle to their endeavour, Gargoti Mineral Museum has also been curating “National Design Gallery & Museum” in the heart of the Indian capital of New Delhi which was established in collaboration with the Handicraft & Textile Ministry of The Government of India (PPP association model), and has been running successfully for the past 9 years now. This endeavour sought to magnify and display priceless assets from India’s rich heritage in its national capital, brimming with immense patriotic fervour. 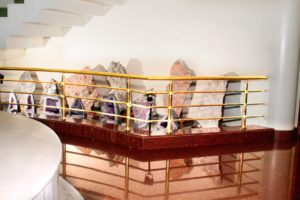